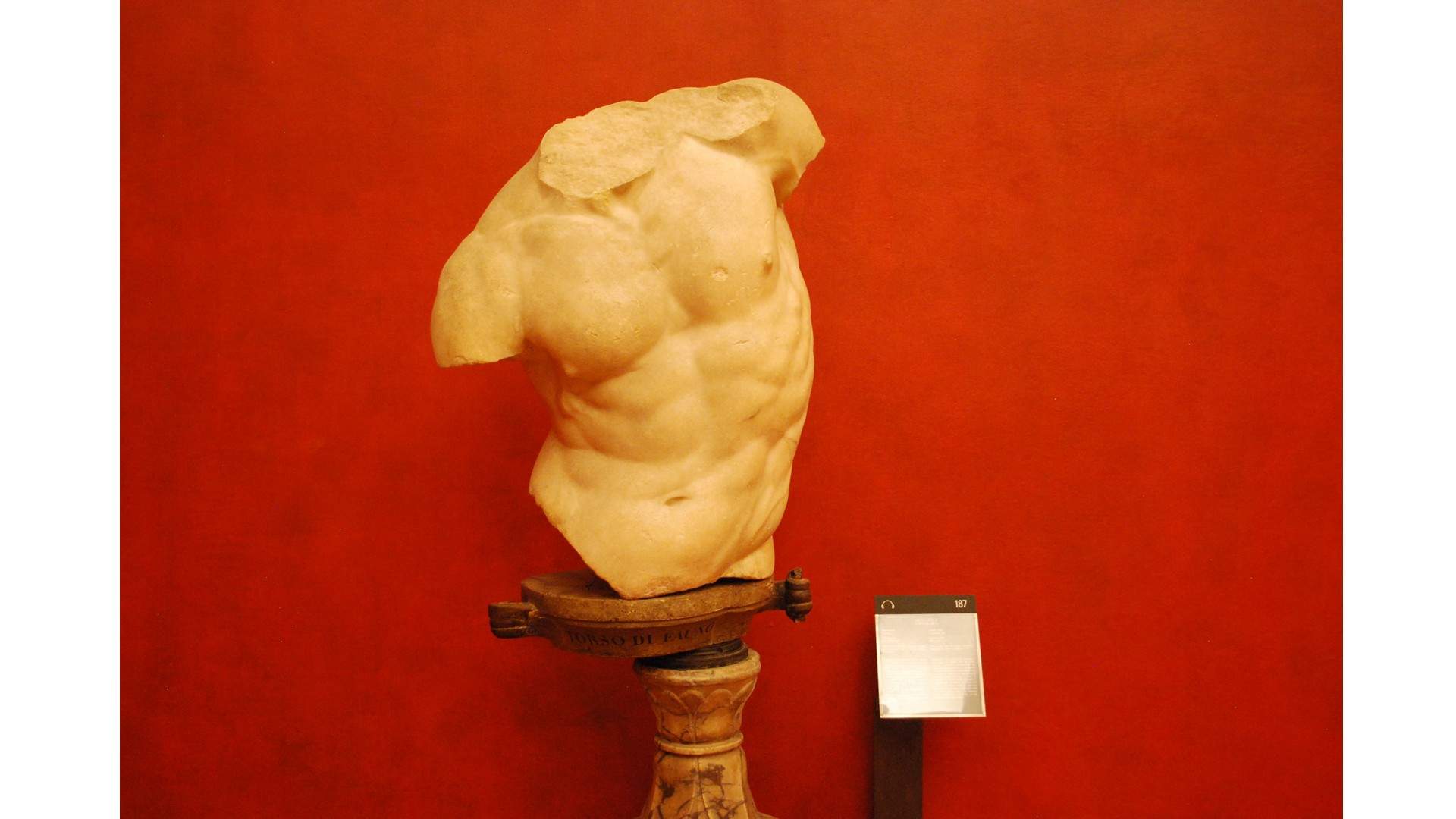 Have you ever been overwhelmed by the beauty of a piece of art? In other words, have you ever experienced Stendhal Syndrome?

I was hit with a double dose recently when I viewed the picture of the sculpted torso above – First, for the dynamic power of the sculpture, and then for the stunning beauty of the photograph.

This exceptional sculpture, known as the Gaddi Torso, is displayed in the Uffizi Galleries in Florence.

Dated to the 2nd century BC, of Greek origin, the marble torso represents a centaur – a creature of Greek mythology who was half man, half horse. The centaur is straining because Eros, the Greek god of love, has bound the centaur’s arms behind him, an iconic image in Greek art of this period.

As the Uffizi says in its notes for the sculpture,

It can be interpreted as a metaphor for the invincible strength of Eros,

even able to control the wild Centaurs…

Whichever interpretation, there is no question of the energy of the young, muscled body, coiled and straining against its bonds. It seems the figure will spring from the pedestal at any moment. How can such vitality be produced from stone?

The striking photograph of the Gaddi Torso was taken by my friend Kristin, who exhibits her photography under the moniker Globescape, a name suited to the global scope of her interests.

Kristin tells me she was drawn to photograph this image during a 2017 trip to the Uffizi because of the contrast between the static nature of the red wall and the motion of the marble torso. Add the balanced composition of the different elements, and to my eye, this image is the perfect example of the power of photography to elicit awe in the viewer.

Stendhal Syndrome, according to Stendhal

It’s appropriate that a piece of art in Florence has raised the issue of the Stendhal Syndrome, since Florence is where this phenomenon began and where it continues to the present day.

For anyone unfamiliar with this phrase, Stendhal Syndrome is the name given to exaggerated mental and physical responses experienced from esthetic or artistic beauty.

Our beloved writer Stendhal is credited with first describing the condition in 1817 in his travelogue Rome, Naples and Florence. This is how he tells the story.

As Stendhal enters Florence for the first time, he bursts with excitement,

“Behold the home of Dante, of Michelangelo, of Leonardo da Vinci,” I mused within my heart. “Here within these walls, the civilization of mankind was born anew.”

Stendhal first visits the Basilica of Santa Croce, where he gazes in wonder at the tombs of Michelangelo, Machiavelli and Galileo. “What a fantastic gathering!” he writes.

Stendhal next convinces a friar to unlock a chapel with ceiling frescoes by Volterrano. And then,

I underwent, through the medium of Volterrano’s Sybils, the profoundest experience of ecstasy, that as far as I am aware, I ever encountered through the painter’s art.

…Absorbed in the contemplation of sublime beauty, I could perceive its very essence close at hand…

I had attained to that supreme degree of sensibility where divine intimations of art merge with the impassioned sensuality of emotion.

Upon departing the church, Stendhal was seized by a “fierce palpitation of the heart… and I walked in constant fear of falling to the ground.” Seeking refuge on a bench, Stendhal took from his pocket the poetry of Ugo Foscolo “to hear the voice of a friend who shared my own emotion.”

Stendhal Syndrome, according to the doctors

In 1979, Dr. Graziella Magherini, a psychologist at Santa Maria Nuova Hospital in Florence, coined the term “Stendhal Syndrome” to describe a pattern of psychological abnormalities she and her staff observed in tourists treated in her ward.

The final word today goes to the cartoonist Warren Miller, who back in 1968 may have intuited what some of you are now feeling about my beloved Stendhal, 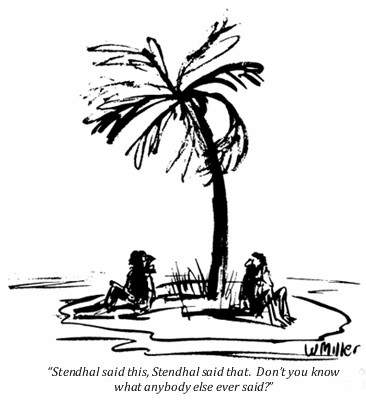 The Uffizi Galleries reopened to visitors in early May. Following renovations made during the closure, the Uffizi opened with 14 new rooms and 129 new works of art in its permanent collection, including the first by artists of color, the first by a street artist, and a significant number by women. Also discovered during the renovations were previously unknown frescos from the 17th and 18th centuries, including a life-size figure of Cosimo II de Medici, a member of the powerful Renaissance family that commissioned the Uffizi.

The Uffizi recorded 1,516 visitors on day one of the reopening, compared to an average of 6,000 visitors per day before the pandemic (but which could reach 12,000 on busy days). In an effort to control the number of visitors in Florence, the Uffizi announced plans to open 60 exhibit spaces throughout Tuscany in a project called Uffizi Diffusi. Potential exhibits could include works related to Napoleon at Elba’s Forte Falcone, the island fortress where Napoleon was exiled.

The Gaddi Torso, according to the Uffizi, was purchased in 1778 by Grand Duke of Tuscany Peter Leopold from the Florentine Gaddi family collection. Nothing is known of the work prior to this date. A 3D representation is available for viewing from Indiana University.

The red walls of certain Uffizi galleries is a color of red often found in the fabrics and decor depicted in the paintings of the 17th century. The paint was developed on the basis of a textile sample of the period and manufactured with natural pigments in use at the time.

Instances of Stendhal Syndrome continue to be reported and its medical nature debated.  The most recent publicized account was in 2018 of a man who experienced a heart attack after viewing the The Birth of Venus by Sandro Botticelli at the Uffizi. Stendhal Syndrome is not listed in the Diagnostic and Statistical Manual of Mental Disorders.

The artist Warren Miller has been a cartoonist for the New Yorker for over five decades. This Stendhal cartoon appeared in the May 11, 1968 issue on page 144.

Thanks to Kristin for the use of her beautiful photograph, and for the inspiration behind this post. 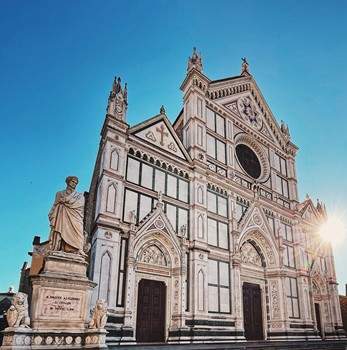