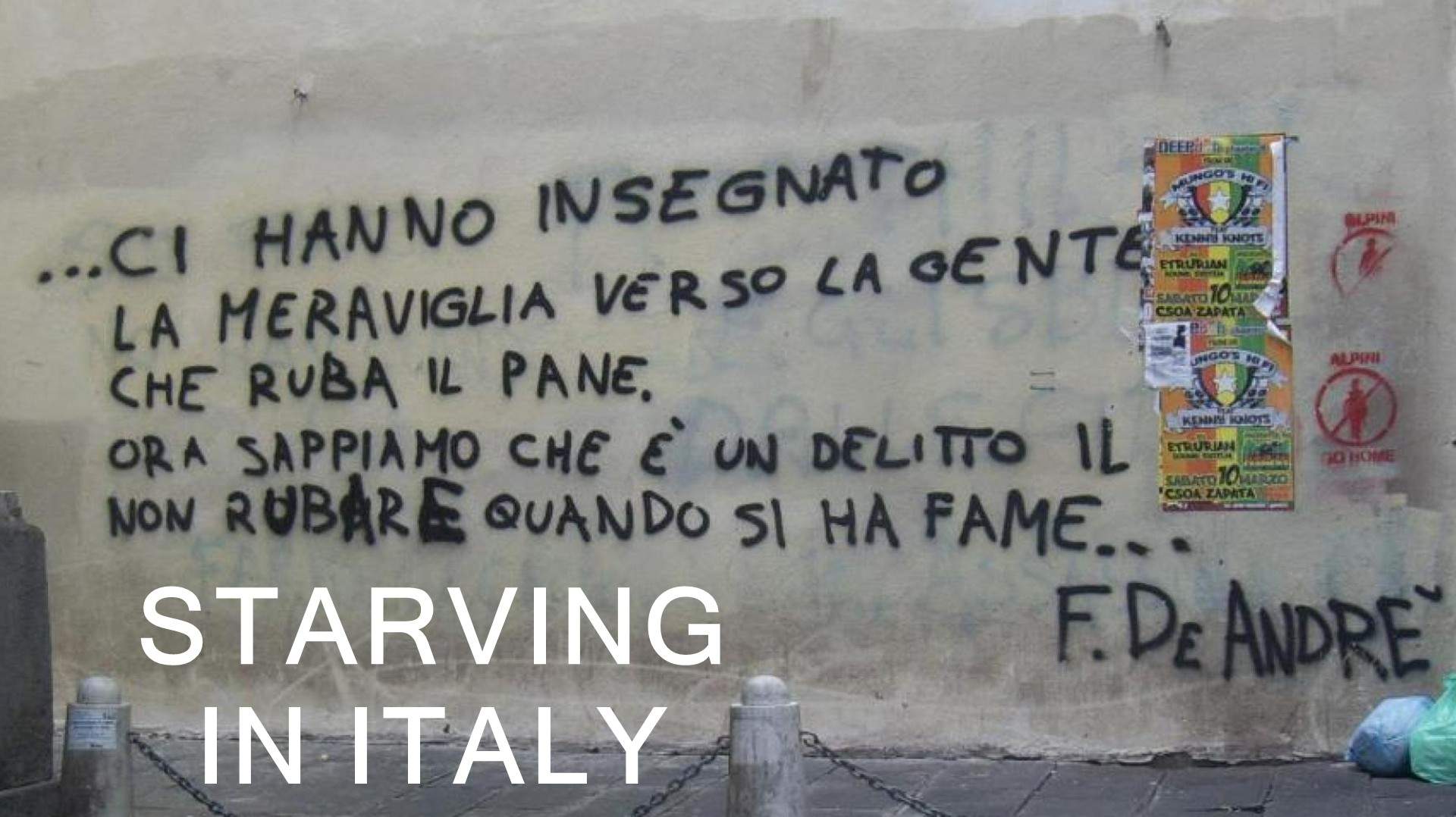 I thank my favorite 11 year old, Brooklyn, for this post.

When Brooklyn first heard about my blog, she googled Starving for Italy. What she discovered were articles about hunger in Italy, and in particular, an Italian Supreme Court decision in 2016 involving a hungry man in Genoa. It sounded interesting, so I googled myself. Here’s what Brooklyn and I learned.

The Case of Roman Ostriakov

A 35 year old Ukrainian man named Roman Ostriakov – homeless, without work and living on the streets of Genoa – entered a supermarket called Ekom. Hungry, he pocketed a package of four würstel (hot dogs) and two small packets of cheese, total value four euros or five dollars. Another customer saw him do it and alerted store management. When Ostriakov went to the cashier to pay for a package of grissini, but not the pocketed items, he was stopped. Charged with theft, Ostriakov was sentenced to six months in jail and a fine of 100 euros.

A public defender appealed the case to the court of appeals. She argued that since Ostriakov never made it out of the store with the items, at most he was guilty of attempted theft, and the sentence should be reduced to 10 euros and no jail time. The court of appeals affirmed the original sentence.

Here is where the case gets interesting.

The public defender for Ostriakov was not admitted to practice before the highest court of Italy, the Corte Suprema di Cassazione, so she could no longer argue Ostriakov’s case.

Rather, the government lawyer for the prosecution – who would be expected to argue that Ostriakov’s sentence should be upheld – argued for Ostriakov instead!

The lawyer, Antonio Lucisano, adopted the public defender’s case and asked the court to reduce the sentence as attempted theft.

The next surprise came from the Corte Suprema di Cassazione itself.

The Supreme Cout dismissed the arguments for reducing the penalty, and then threw out the conviction altogether. 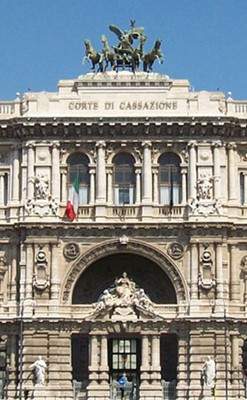 The Supreme Court wrote in its decision,

The condition of the accused and the circumstances under which he took the items demonstrated that he took that small amount of food because of an immediate and essential need to eat, being in an urgent state of hunger.

The existence, in this court, of that justification requires the vacating of the sentence imposed because these facts do not constitute a crime.

And here’s the next interesting thing:

The Song of Fabrizio De André

Fabrizio De André (1940, Genoa – 1999, Milan) was a popular Italian singer / songwriter, a contemporary of Bob Dylan and often compared to him. Like Dylan, Fabrizio De André was a poet who put his words to music. Over his thirty year career, De André sang of the underdog, of outcasts, of social issues.

In 1973, Fabrizio De André released the album Storia di un Impiegato | Story of a Worker, his most political work. The album tells the story of a worker who, after hearing a song about the French student protests of 1968, decides to rebel. After joining protests and committing violence, the worker lands in jail. The song Nella Mia Ora Di Libertà | In My Hour of Freedom describes what he learns from other inmates about justice, including the theft of bread. 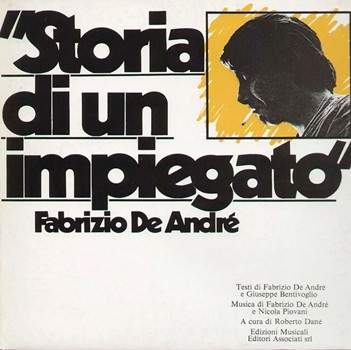 We were taught to be shocked by people who steal bread

Fabrizio De André’s words are memorialized on a wall of Via del Campo in Genoa, as seen in the featured photo.

I’ll give the closing statement to Antonio Lucisano, the government lawyer who argued for Roman Ostriakov rather than the prosecution in the Italian Supreme Court. When asked later why he did such a surprising thing, Avvocato Lucisano said,

“Justice must do just things…

At times, even in the courts, things are simpler than they seem…

Besides, exactly who thinks it’s a priority to prosecute Roman Ostriakov for four würstel?”

I’ve long admired Italy for the sensitivity and compassion you find expressed there. For people in need – the elderly, the poor, people with health problems – my experience is that Italians are genuinely sympathetic and want to help.

How reassuring to also see compassion expressed from an institution grounded in justice, the highest court of law.

Until next time, alla prossima volta, – and thank you Brooklyn –  A. S. Furbetta

The decision of the Supreme Corte di Cassazione in the case of Roman Ostriakov is available online as a downloadable pdf, as is the interview with the government lawyer Antonio Lucisano. The translations in the post are mine.

The song by Fabrizio De André, Nella Mia Ora Di Libertà | In My Hour of Freedom (1973) can be heard on youtube. Does he seem Bob Dylan’s Italian cousin to you? In fact, the following year, De André released Via della Povertà (1974), his translation of Dylan’s Desolation Row.  BTW, Buon Compleanno to Bob Dylan who turned eighty this week.

The Postcard of Genoa features the Walk The Line street art project (2016), where 100 artists were invited to paint 100 pylons under the elevated street Aldo Moro. The painting Ninfa on pylon 84 is by the French artist Combo, in which the beauty of Genoa harbor is set among refuse. Combo explained his own social message, “The idea is about humanity, what we did about our city, our planet …The contrast between beauty and trash.”

Free walking tours of Walk the Line are posted here. It’s on my list for our next visit to Genoa. And you’ll find tours of Genoa (in Italian) through the words of Fabrizio De André here and here.

A small update: Now when you google Starving for Italy, we appear on the first page of results (at least today)… Yahoo! 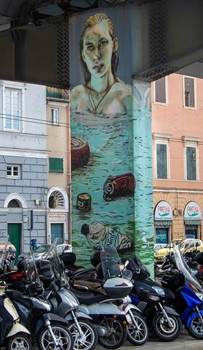