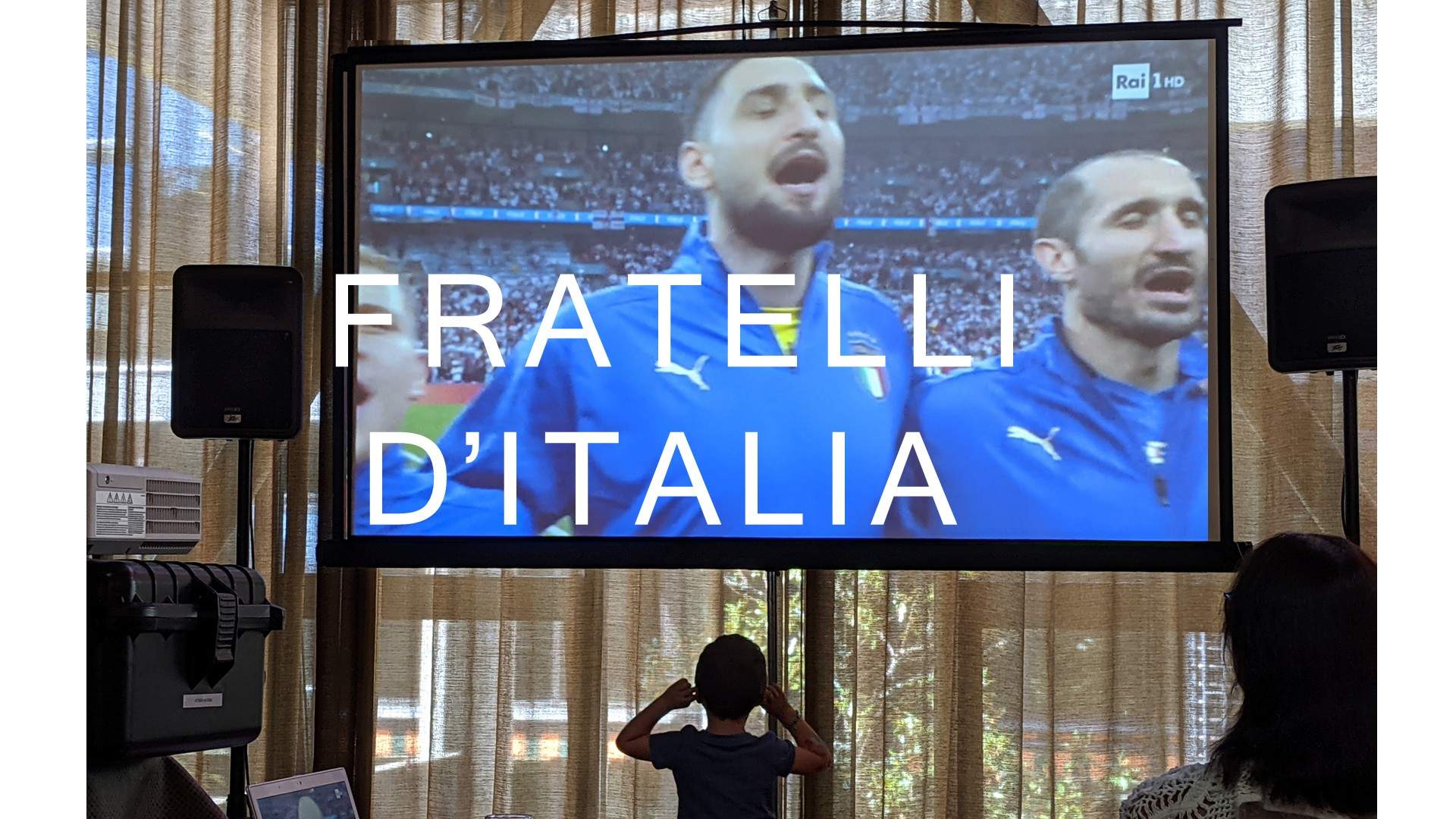 The team played with enthusiasm, confidence, style – and best of all, THEY WON!!

And you can believe, like Italians all over the world, Lorenzo and I watched and celebrated the final with our friends!    To give an idea of the jubilation… 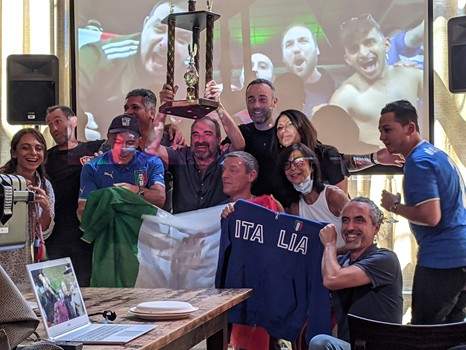 But this post is not just about keeping the Euro 2020 victory alive (but partly that…).

What I really want to write about is the national anthem of Italy, Fratelli d’Italia (Brothers of Italy), also known as Inno di Mameli (Mameli’s Hymn), also known as Il Canto degli Italiani (Song of the Italians).

It’s always fun to watch the Italian team belt out the anthem, arm in arm, at the start of games.

I thought you might like to know what they’re singing about. And maybe even try to sing along one day…

There’s an interesting history to the Italian national anthem Fratelli d’Italia, which was only officially designated as such in 2017.

The lyrics were written in 1847 by a 20 year old poet from Genoa, Goffredo Mameli, inspired by the French anthem La Marseillaise. A composer from Genoa, Michele Novaro, wrote the music.

The song was popular during the fight for unification of Italy in the 1860’s known as the Risorgimento (or Resurgence). But the monarchy established in 1861 under the Kingdom of Italy, the House of Savoy, chose instead a Royal March as the official anthem.

And so it went.

Mameli’s Hymn gained in popularity over the years, although at times has faced opposition by those who would prefer Verdi’s popular song Va, Pensiero from the opera Nabucco to be made the official anthem.

Giuseppe Verdi was an important patriotic figure during the Risorgimento. Va, Pensiero tells the story of exiled Hebrew slaves longing for their freedom and their homeland. The opera Nabucco and this song were surely written by Verdi as a proxy for the desire of Italians to be freed in the 1860’s from their Austrian occupiers, one that would pass by the Austrian censors.

In the end, Fratelli d’Italia prevailed.

Enough history, let’s get to the words. Or at least the opening verses heard at games. 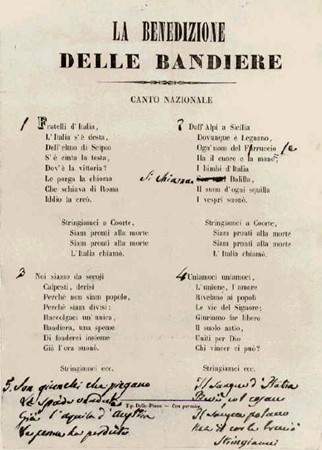 Brothers of Italy,
Italy has woken,
Bound Scipio’s helmet
Upon her head.
Where is Victory?
Let her bow down,
For God created her
Slave of Rome.

What do you think? Quite a rallying cry, giusto?

I imagine you’re wondering who in the world is Scipio, and why are we singing about his helmet? You’ll find a link below to the official website of the President of Italy, which explains the meaning of the anthem (in English). Think ancient Rome…

An Important Clarification and Disclaimer

Let’s be very clear. In writing about the national anthem and my interest in all things Verdi, I am in no way supporting these groups, whose rhetoric and policies I find distasteful.

Ending on a High Note

As the President of Italy said to the Italian team at their celebratory gathering in Rome on Monday – the day after the victory – Italy won with two big handicaps.

One, they played in England at the home stadium of their opponents. And two, the opponents got an early goal, which would have demoralized most teams. But not this one.

I love this map of Europe, which was circulated widely before the final. It shows that except for one portion of one island, people were supporting Italy.

Such a fun thought. 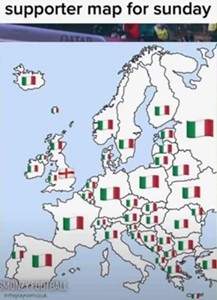 Until next time, alla prossima volta,  A. S. Furbetta

The complete lyrics of Fratelli d’Italia, with translation into English, can be found here. The official website of the President of Italy explains the history and meaning of the song.

The story and lyrics of Va, Pensiero by Giuseppe Verdi, with translation into English, can be found here.

The full program of celebration with the President of Italy at the Quirinale, the day following the Euro 2020 victory, is posted on Youtube. Even the Italian Post Office had some fun.

A huge thanks to our good friend Pietro for hosting the Euro 2020 finals party at his restaurant La Spiga. If you are in Seattle and looking for authentic and delicious Italian food, look no further than Osteria la Spiga. With Pietro managing the beautiful open space of the restaurant, and Sabrina in the kitchen working her magic, you’ll have a great experience. Look for Lorenzo and me, we’ll probably be there… 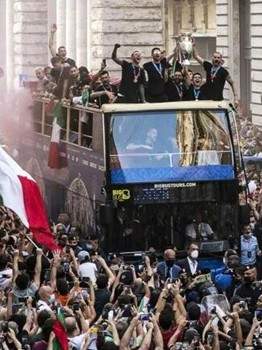