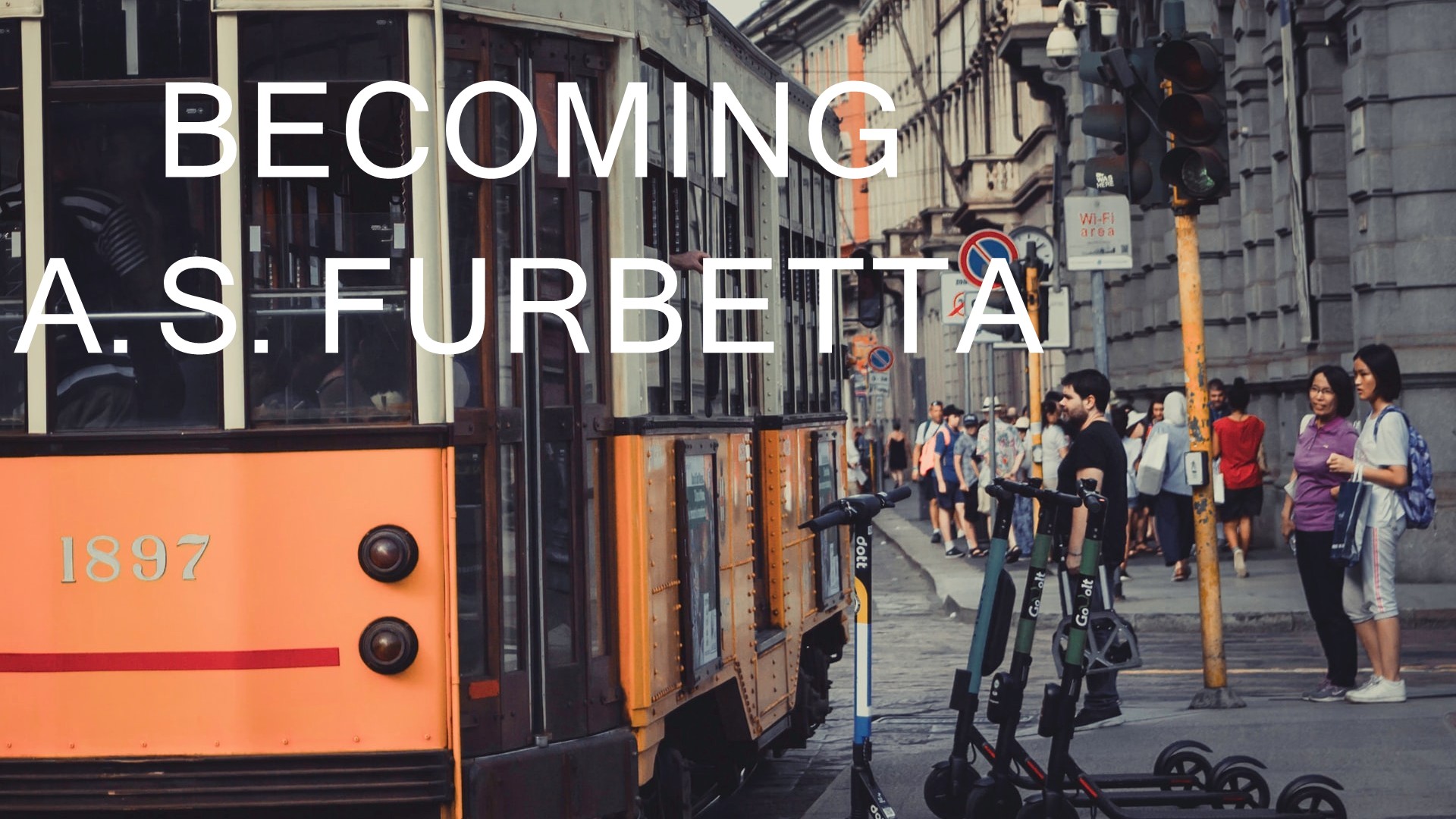 I met with literary agents for the first time 25 years ago in Bologna at the annual book fair held there. I had an idea for a book based on my experiences working for an investment bank in Milan, which I pitched as a cross between Liar’s Poker and A Year in Provence.  I decided I needed a pseudonym before discussing the project and chose A. S. Furbetta, the writing name I use today.

I chose Furbetta out of fascination with a central component of Italian culture, fare il furbo, or to be a furbo. How to translate? It’s someone who is clever enough to break the rules and get away with it.

Picture a classic example:  A young bearded guy in a baggy black T-shirt boards the tram and takes a quick look around to see if there are any uniformed ticket checkers.

– Of course ticket checkers are always uniformed to make spotting them easier;

You don’t even need to be that clever to be furbo on trams and buses. –

The bearded fellow then sits down without stamping a ticket. A free rider. The next person to board the tram, a gray-haired lady let’s say, immediately pulls a ticket out of her purse without looking around and stamps it in the machine. She pays for her trip.

The free-rider says to himself:  If they really wanted people to pay for their rides, they would have a system requiring tickets to be collected on boarding. Or they would use undercover ticket checkers. Since they don’t, tickets clearly don’t mean that much to them. Justified and done.

Why don’t the rule-abiders demand stronger measures against the rule-breakers?  Aren’t they the suckers, ultimately picking up the bill for all those who won’t?

It’s important to stress the psychology of being furbo.

You’re skirting the rules because either the rules are outmoded and should be changed, or they shouldn’t apply to you for reasons you understand very well in your own head.

You are justified. You barely give it a second thought.

The very first rule is this:  I cittadini italiani si dividono in due categorie:  I furbi e I fessi. In English: Italians are either sticklers for the rules (the fessi) or they skirt the rules (the furbi). And as Signor Prezzolini astutely pointed out, the Italian system can only work because there are both fessi and furbi. The fessi are needed to produce sufficient resources for the furbi to take advantage of. If everyone was furbo, the society would collapse. 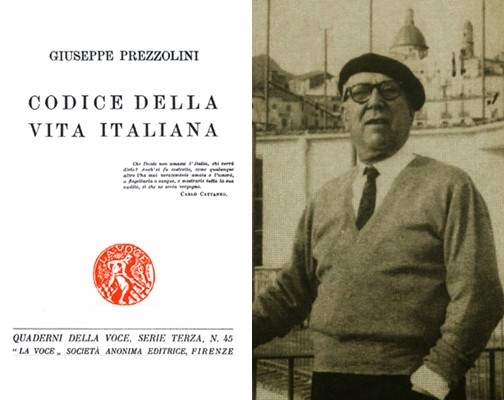 Why don’t the rule-abiders demand stronger measures against the rule-breakers? Aren’t they the suckers, ultimately picking up the bill for all those who won’t? Why don’t they do something?

The best answer I’ve come up with over the years of thinking about it is this:  That even those who stick by the rules have occasional flirtations with rule-breaking, or have close family members or friends who are furbi, and simply aren’t prepared to close off the path, just in case it ever becomes a more viable option for them.

For example, the year after meeting with the literary agents, I remember very well an evening when my husband and I were seated in our salone, the living room of our Milan apartment.  Lorenzo said very casually, “Tesoro dear, are we going to pay taxes this year?”

No more was said, but I understood Lorenzo was floating a trial balloon. Whether from being a lawyer or an American, paying taxes was not optional for me. Discussion over.

So why did I choose my pseudonym Furbetta in the first place?  Not all those who fare furbo are young guys in baggy T-shirts. The managing director of the investment bank I worked in was as stylish an Italian man as they come. In fact I can still picture the drop-dead gorgeous aquamarine suit he wore the day he interviewed me. He hired me because he wanted to acquire an investment bank in England, and he thought having an English-speaking attorney would be helpful for the negotiations.

Only there were pesky securities laws in England that stood in his way.  No problem if you fare furbo.

We’ll have to save those details for another day – I’ll just say here that the transaction never happened, but I learned something important about Italian culture.  Maybe I’ll even go back and write that book.

Until the next time, alla prossima volta, A.S. Furbetta

The book Codice della Vita Italiana by Giuseppe Prezzolini is not translated into  English. However, since the Italian book is out of copyright, copies of the original version are freely available on the Internet, including a downloadable pdf here. 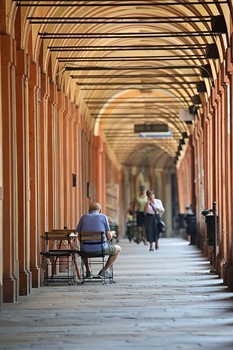 Porticos of Via Saragozza