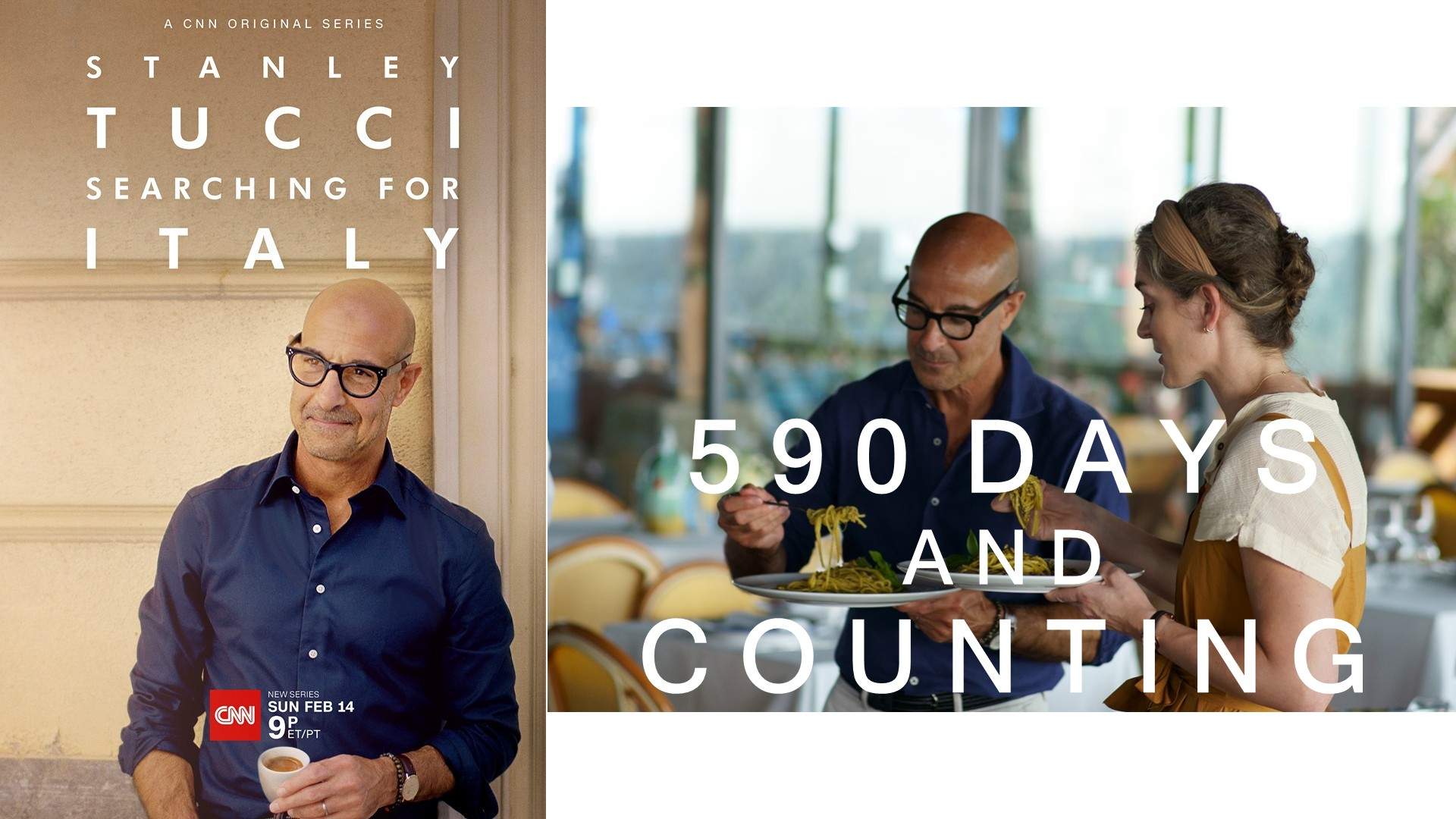 The other night, I sat glued to Stanley Tucci: Searching for Italy, watching the first show in the TV series for the umpteenth time, thanks to CNN’s generous rebroadcast schedule. When Stanley headed to the Amalfi Coast with his wife Felicity and described, once again, their love of spaghetti alla nerano, my mouth started to water, followed by my eyes. It was then I finally understood my problem. I am Starving for Italy. More accurately,

My diagnosis should not have been so difficult, since this is not the first time I’ve been flattened by the condition. That was thirty years ago, after returning to Chicago from my very first holiday in Italy.

I had traveled to Milan and Venice and Cortina d’Ampezzo with my best friend from law school, Janet. I was going through a difficult period, one where rejection by a two-timing lover had led to pain, to anger, escalating to rage, and so on. You can perhaps picture my state of mind. But then, miraculously, after two weeks in Italy, I returned home filled with joy. I could be happy again. I could live, really live, and maybe even love again. All because of Italy.

And I was dying to get back. For the first time, I was STARVING FOR ITALY.

I’ll describe in the next post the many tactics I tried to get back, which succeeded not only in reconnecting me to Italy, but cementing that connection for all time. You see, within six months, I had met a man from Milan living in Chicago.

Lorenzo soon became my boyfriend, then my husband. Italian citizenship followed. Immediately after marrying, Lorenzo and I moved from Chicago to Milan.

But then, miraculously, after two weeks in Italy, I returned home filled with joy. I could be happy again. I could live, really live, and maybe even love again.

We spent the 1990’s first in Italy and then in France. I found a job in the European legal department of an American multinational.

We returned to the US – Seattle this time – when I was transferred to the company’s headquarters.

I left lawyering ten years ago to tackle creative writing and pen a detective story – set in Milan of course – which had been churning in my head for years. In case you’re interested, that first mystery, Verdi’s Flame, is now complete and on submission to literary agents, looking for its path to publication. I’m at work on the second in the series, Shylock’s Revenge, with my detective Francesca Franchi transferred to Venice.

One advantage of the writer’s life is that it can happen anywhere, so Lorenzo and I have happily chosen to split each year between Seattle and Milan for ten years. Until Covid. Today marks Day number 590 since we last left Milan for Seattle on September 19, 2019. It feels like forever.

When my STARVING FOR ITALY affliction became clear after tearing up over Stanley Tucci’s plate of spaghetti, the solution was also obvious. I would write my way out of it by creating this blog. I would say what Italy means to me, and marvel at the things I’ve discovered about Italian culture over the years. But most importantly, I could connect with others of you who share the same interests. I hope you will join me for the cure.

Oh, Just One Last Thing – Before leaving, it’s worth noting the long tradition of writers traveling to Italy, falling in love with her and expressing that love in their writing. You can fill bookcases with those books alone – I know, I’ve done it.

One of the most wonderful examples, Jhumpa Lahiri, just last week published Whereabouts, the latest fruit of her love of the Italian language and of Rome. As she tells the story, Jhumpa Lahiri fell in love with the Italian language during a first trip to Florence in 1994. She describes the feeling in her book In Altre Parole (2015), translated by Ann Goldstein in In Other Words (2016):

“What I feel is something physical, inexplicable. It stirs an indiscreet, absurd longing. An exquisite tension. Love at first sight.”

After returning to her US home from that trip, Lahiri studied the language and Italian literature.  She and her family eventually moved to Rome in 2012, splitting their time between Rome and New York. Since then, Lahiri has written books only in Italian, with English translations published later.

Whereabouts is her first novel written in Italian, which was published in Italy as Dove Mi Trovo in 2018, and is now available in English translation. Check out Whereabouts and In Other Words, mi raccomando! 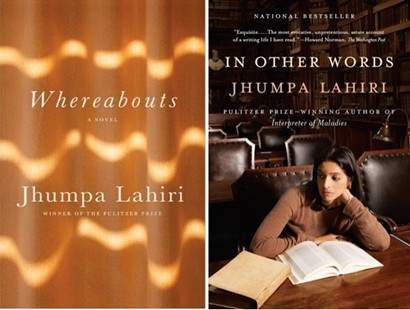 Thank you for joining me on this journey. l’d love to hear in the comments about your own introduction to Italy. Did you immediately fall in love with her too?

Stanley Tucci: Searching for Italy is a six part series produced by CNN, originally broadcast in February and March, 2021. A second season has been announced for airing in 2022.

Spaghetti alla nerone is a pasta dish from the Amalfi Coast made with zucchini and provolone cheese. Stanley Tucci and his wife Felicity Blunt go for the version from Lo Scoglio restaurant. The local provolone cheese used – provolone di Monaco – is difficult to source in the US. This version, purportedly from Lo Scoglio, uses parmesan rather than provolone.

Jhumpa Lahiri and her body of work are available from her publisher Knopf. She recently described her own sensations of missing Rome during the pandemic in the New Yorker.

The Postcard of Milano is the iconic Galleria Vittorio Emanuele II, considered the first shopping mall, although that description hardly does justice to its beauty. The main hall you see in the postcard runs from the central Piazza del Duomo to the Piazza della Scala. That’s Leonardo Da Vinci you can glimpse at the end, who watches over all in his magnificence. 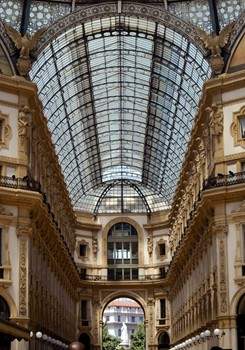